Apache Kafka is a distributed streaming platform used to build reliable, scalable and high-throughput real-time streaming systems. Its capabilities, while impressive, can be further improved through the addition of Kubernetes. Accordingly, we’ve built an open-source Koperator and Supertubes to run and seamlessly operate Apache Kafka on Kubernetes through its various features, like fine-grain broker configuration, metrics based scaling with rebalancing, rack awareness, and graceful rolling upgrades - just to name a few.

Check out Supertubes in action on your own clusters:

Register for an evaluation version and run a simple install command!

As you might know, Cisco has recently acquired Banzai Cloud. Currently we are in a transitional period and are moving our infrastructure. Contact us so we can discuss your needs and requirements, and organize a live demo.

Evaluation downloads are temporarily suspended. Contact us to discuss your needs and requirements, and organize a live demo.

or read the documentation for details.

Take a look at some of the Kafka features that we’ve automated and simplified through Supertubes and the Koperator , which we’ve already blogged about:

If someone wants to run a Kafka cluster on Kubernetes, they’ll eventually be faced with the question of how best to size the underlying infrastructure and fine-tune Kafka’s configs to meet their throughput requirements. The maximum throughput of a single broker is a function of the throughput of the infrastructural elements it runs on, such as memory, CPU, disk speed, network capacity, etc. Ideally, the configuration of a broker should be fine-tuned in such a way that all the elements of an infrastructure are used at peak performance. In reality, such a setup is difficult, and it’s more likely that users will fine-tune their broker configurations to max out one or two infrastructural elements (e.g. disk, memory or CPU). Generally speaking, a broker delivers its maximum throughput when it is configured such that it flats out the slowest infrastructure element. Therefore, it’s possible for us to get a rough idea of the maximum load a single broker can manage. In theory, we should be able to estimate the number of brokers we’d need to manage a given load. In practice, since there are so many configuration options at all layers, it’s hard, if not impossible, to estimate the delivered throughput of a given setup. Consequently, it’s very difficult to plan a setup around a given throughput.

The approach we usually take with our Supertubes customers is to start with a setup (infrastructure + configuration), then to benchmark that setup, modify the broker configuration, and repeat the whole flow until the slowest infrastructure element is maxed out. That way we get a clearer picture of how many brokers a cluster needs to manage a specific load (the required number of brokers depends on other factors as well, such as a minimum message replica count for resiliency, a partition leaders count, and more). Also, we get a better understanding of which infrastructural element should be scaled vertically.

In this post, we’ll describe the steps we take to flat out the slowest components of our initial setups and to measure the throughput of a Kafka cluster. This high resiliency setup requires a minimum of three brokers (with a min.insync.replicas=3 configuration setting), distributed across three different availability zones. For setting up, scaling, and monitoring Kubernetes infrastructure, we use our own container management platform for hybrid clouds, Pipeline, which supports on-prem (bare metal, VMware) and several clouds (AWS, Azure, Google) as well as any combination of the above.

Amazon provides different EBS volume types. Both gp2 and io1 are SSD based drives, however, gp2 delivers high throughput in bursts based on accumulated I/O credits, thus we opted for io1, which provides sustained high performance.

Kafka’s performance depends heavily on an operating system’s page cache, thus we need instance types that have enough memory for the brokers (JVM) and for the page cache as well. The c5.2xlarge instance type might seem like a good place to start, since it has 16GB memory and is EBS optimized. Where it fails, however, is that it can deliver maximum performance for 30 minutes at least once every 24 hours. If you have a workload that requires sustained maximum performance for longer than 30 minutes, you’ll need to select a different instance type. We did, and chose c5.4xlarge, which can deliver a maximum throughput of 593.75 MB/s. The maximum throughput of an io1 EBS volume is higher than that of a c5.4xlarge VM instance, thus probably the slowest infrastructure element is the I/O throughput of that instance type (which our load test measurements should confirm as well).

Brokers should be deployed (scheduled by Kubernetes) to dedicated nodes to avoid multiple processes competing for the CPU, memory, network and disk bandwidth of the node.

Java 11 is the natural choice, as it is docker aware, meaning the JVM will correctly detect the CPUs and memory available to the container where the broker process runs. The JVM knowing its CPU limits is important, since the JVM internally and transparently sets the number of GC threads, and JIT compiler threads. We used the banzaicloud/kafka:2.13-2.4.0 Kafka image, which includes Kafka version 2.4.0 (Scala 2.13) on Java 11.

If you’d like to read more about Java/JVM on Kubernetes, check out some of our older posts:

Generally speaking, performance can be improved by increasing parallelism through increasing the number of threads used by Kafka. The more CPU available to Kafka, the better. In our test we started with a 6 CPU limit for the pod and gradually increased that number to 15 over the course of our benchmarking iterations. Also, we set num.network.threads=12 in broker configuration, in order to have more threads receive requests and send response from/to the network. In the beginning, we found that follower brokers were unable to fetch replicas fast enough, so we raised num.replica.fetchers to 4, to increase the rate at which follower brokers replicated messages from leaders.

Benchmarking is an iterative process that consists of:

In the following section we describe the steps we performed to benchmark our test cluster:

Here are the tools we used to rapidly spin up our initial setup, generate a load and measure throughput. 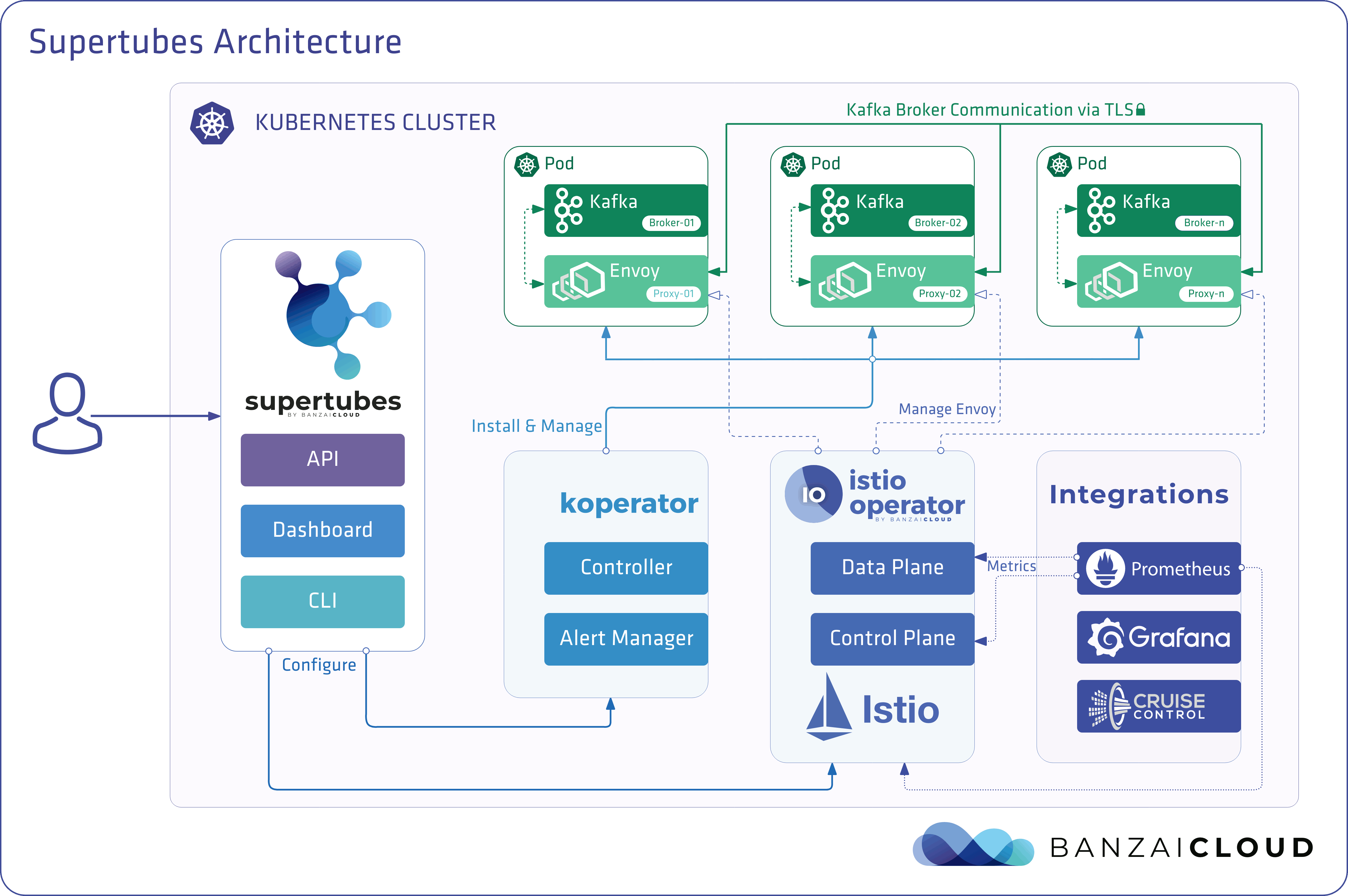 Once the EKS cluster is up and running, enable its integrated Monitoring service, which deploys Prometheus and Grafana to the cluster.

Provision a three broker Kafka cluster with min.insync.replicas=3, and deploy the broker pods to nodes in three different availability zones:

We ran three instances of the load generator tool in parallel, each writing to a different topic. That means we needed three topics:

A few things to note:

Throughout the load testing of the Kafka cluster we also monitored the health of the cluster to make sure there were no out-of-sync replicas and pod restarts, all while max throughput with only slight fluctuations was maintained:

With partitions distributed evenly across the three brokers, we reached ~500 MB/s (~990K messages per second) ingested by the cluster:

Disk throughput neared the maximum I/O throughput of the node on all three instances where the brokers were running:

From the memory usage of the nodes we can see that ~10-15 GB was used by the OS for caching and buffering:

We get a ~15-20% lower throughput when the messages are small, since the overhead of processing each message takes its toll. Also, we see an increase in CPU usage, which has almost doubled.

Since there are still unused cores available on the broker nodes, throughput can be increased by tweaking various Kafka configuration settings. This is no easy task, and thus it’s better to work with larger messages to achieve higher throughput.

We can easily increase the throughput of the Kafka cluster by adding new brokers to the cluster, as long as the partitions are balanced (this ensures even distribution of the load across the brokers). With the addition of a broker, the throughput increased to ~580 MB/s (~1,1M messages per second) ingested by the cluster. This increase is less than what we expected, which can largely be attributed to partitions being unbalanced; not all brokers are at peak performance.

The disk usage of brokers also reflected that the partitions were not evenly balanced:

The iterative approach presented above can be extended to cover more complex scenarios that include hundreds of consumers, repartitioning, rolling upgrades, pod restarts, etc, providing us with an understanding of the limits of the Kafka cluster under various conditions - wherein there are bottlenecks and potential remedies to help manage them.

To quickly iterate through a cluster setup, configs, add/remove brokers and topics, monitoring, to react to alerts, and to properly operate Kafka on Kubernetes in general, we built Supertubes. Our goal is to help you focus on your core business - produce and consume Kafka messages, and let us do all the heavy lifting with Supertubes and our Koperator .

Banzai Cloud Supertubes (Supertubes) is the automation tool for setting up and operating production-ready Apache Kafka clusters on Kubernetes, leveraging a Cloud-Native technology stack. Supertubes includes Zookeeper, the Koperator , Envoy, Istio and many other components that are installed, configured, and managed to operate a production-ready Kafka cluster on Kubernetes. Some of the key features are fine-grained broker configuration, scaling with rebalancing, graceful rolling upgrades, alert-based graceful scaling, monitoring, out-of-the-box mTLS with automatic certificate renewal, Kubernetes RBAC integration with Kafka ACLs, and multiple options for disaster recovery. 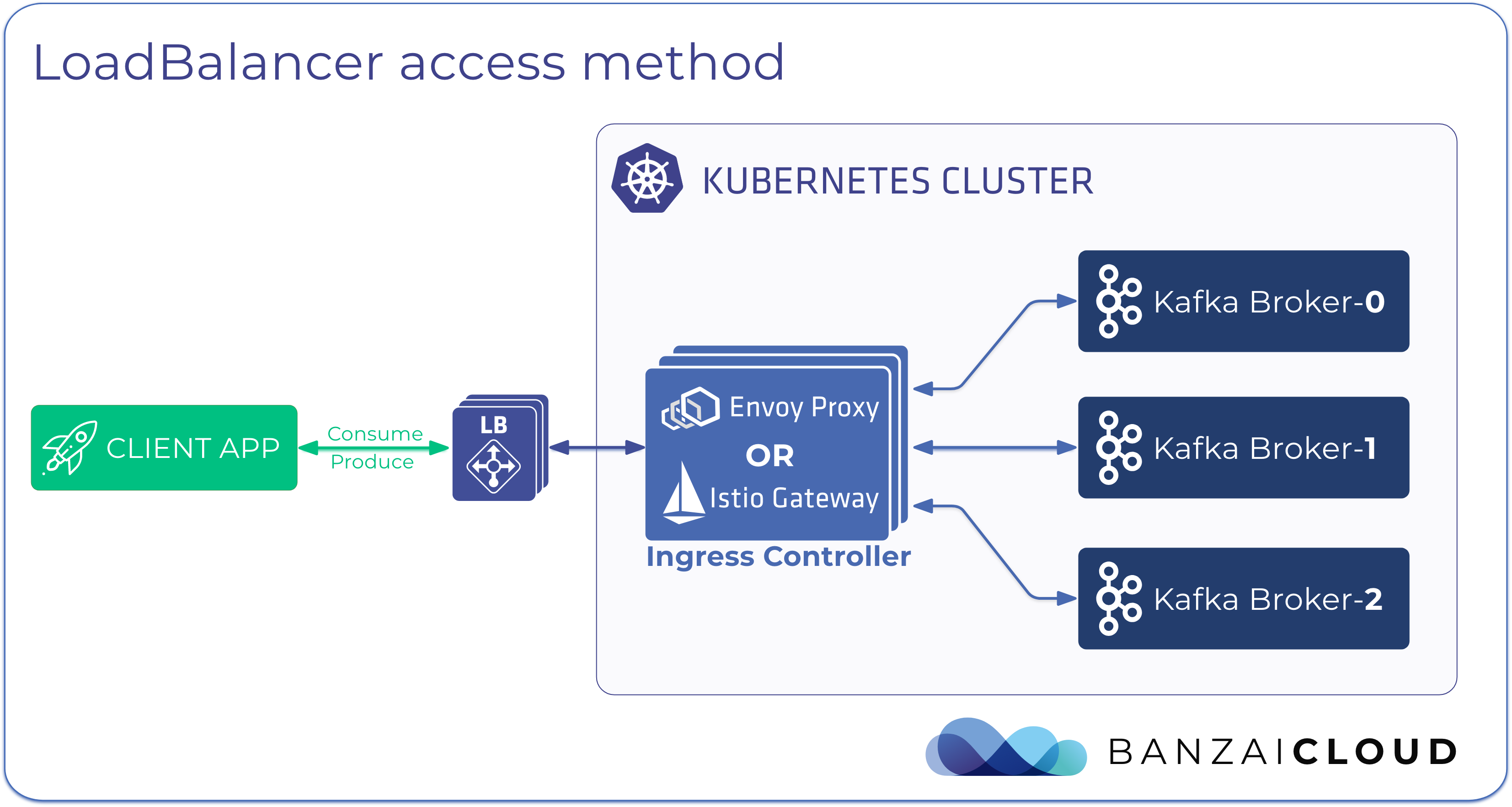 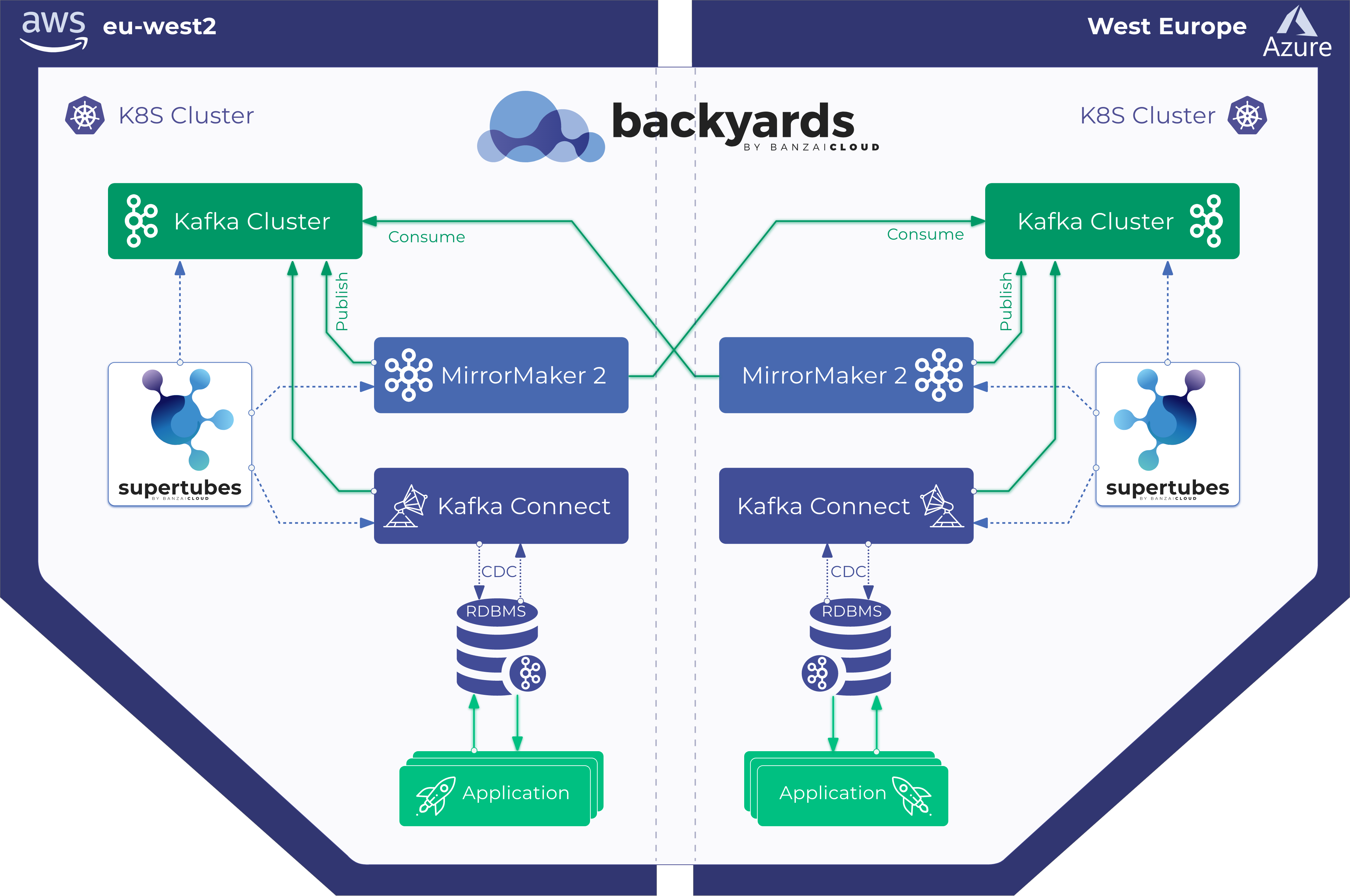